How to Become a Celebrity with Ease

It seems as if the number of people wanting to become a celebrity rises every year. The allure of money and fame is all too enticing to avoid which is why we put together this guide on How to Become a Celebrity with Ease.

Many people are baffled at those stars that seemingly rise out of nowhere such as Gwyneth Paltrow or Angelina Jolie. It’s as if they know a magical recipe to rise up as the cream of the crop. Well actually it was because they are talentless hacks that had parents in the industry but pay no mind to that because they had their last names changed and distanced themselves from their famous wealthy parents. That makes up for all of that.

You’d actually be surprised at how many celebrities in Hollywood came out of that same inbred stock. Just look up a few of your favorite celebrities and you’ll piss yourself silly seeing how many got their career due to their parents rather than hard work and talent. Can we say, Will Smith’s entire family or Russell Simmons?

Become a Celebrity with Ease. No Really.

So what does one do if you don’t have secretly famous or connected family members? Well don’t worry because I am going to explain. First things first, if you are gay, black or have a thick accent, your odds of making it just went up triplicate. This is because Hollywood elites look down upon these “second rate” citizens and believe they are far more easily manipulated to do whatever the Moguls desire.

Okay so maybe you don’t fit into any of those groups, then what? Don’t worry I got you! All you need to do if you’re lacking those traits is take a look at whatever liberal (out of touch, totalitarian loons) are rallying about. Maybe it’s taxing the middle class to death or maybe it’s fighting for the right to let teenage girls earn the privilege of fearing for themselves by using the “ladies room” at school. No matter what brilliant topic they are insanely focused on – you jump on it!

You heard it right! Jump on the bandwagon, become the poster child for anything they love and watch how quickly they raise you up into the ranks of celebrity status. For example let’s say you get a chance to be on television, the first thing you want to do is say you want the tax rate for anyone who isn’t on welfare to be 90% and then follow it up with a statement that comes across like you think Hillary is somehow attractive, a fashionista and isn’t just a cheated on, bitter 70 year old granny.

It may seem somewhat controversial but hey so is that Hollywood life. So put your personal feelings aside, hand over your freedoms and prepare to become nothing more than a brick of Velveeta sitting on the shelf because your life is gone, your beliefs are gone and you’ve now officially became a celebrity…product.

Just stay away from the heroin and you’ll be fine. Good luck! 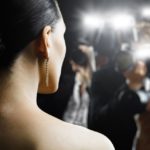 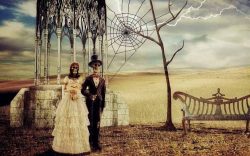 Kanye West and Kim Kardashian back together?